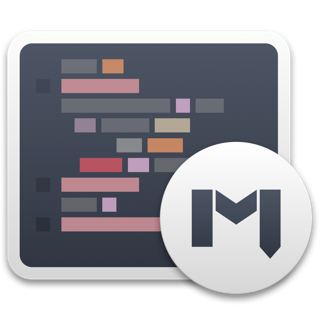 Coming from desktop, I thought I would never find a really functional Markdown editor in iOS (if you’re unfamiliar with Markdown, try this link). I had tried a litany of editors on iOS in the past, and had never found one that I was really comfortable with. Nothing compared to Atom and its endless extensibility for me. I was even more off put by how many editors charged subscription fees to use instead of a flat app fee (come on Ulysses and Bear!).

A few weeks ago, I happened onto MWeb [App Store] [Developer’s Page] and everything changed. MWeb has a great preview, a good library that integrates well with its desktop version, and allows easy editing of files in external folders, including the git repository that hosts this site.

The support for GFM tables is awesome. The LaTeX support is awesome. It does a great job with inline flow chart graphics like Mermaid. The Table of Contents feature works really well as well.

Here’s the developer’s (rather lengthy) introductory video for the desktop version.

I went around in circles trying to find a way to indicate a hard page break in GFM (I was outputting a book of haiku to ePub and it wasn’t breaking at H1, maybe too short?). Here’s the HTML I needed to insert to get a hard page break:

But I would still prefer to have a simple Markdown notation for this. Yet another reason I should improve on my CSS, I suppose…

After several more months of dealing with my css ineptitude, I found the following code to put at the beginning of the markdown document:

It effectively allows you to use either an H1 or a horizontal rule as a page break, and makes the horizontal rule non-visible. I hate seeing an hr, but I love using it to structure content while I write.

MWeb can push directly to a number of publishing platforms including Medium and Wordpress, and can push images to a third party image site. If I were on a desert island and could only take one text editor, MWeb would be it. MWeb is a top of the line GFM editor that you can grow with for years, and it’s a pleasure to write in every day.