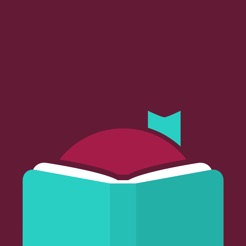 Reading is expensive, at least it can be. Through the years, I’ve developed a pecking order for books and other media in order to help defray the costs of heavy consumption.

I was a user of Overdrive, but it’s been rebranded into Libby, by OverDrive, Inc., the hip, slick, pony-tail-slinging younger sister. Having Libby at the top of the pecking order helps me save a substantial amount from month to month. Not to mention I just feel better about seeking knowledge distribution from a civic entity than the largest multinational corporation in existence, but that’s probably just me….

“Reading, after a certain age, diverts the mind too much from its creative pursuits. Any man who reads too much and uses his own brain too little falls into lazy habits of thinking.” –Albert Einstein

Libby also works great with Apple’s Speak Screen,1 so you can keep car/gym/bike time productive. You may be flying in the face of Einstein’s wisdom, but at least you’ll be flying.